You are browsing the site archives by month.
13Dec 2019

New License for The Wheel of Time

Filming now, estimated to premiere on Amazon Prime TV in 2020. Robert Jordan’s Wheel of Time is one of the best selling works of fantasy of the past generation. He was very close with George R.R. Martin to the point where George named a house in Westeros after him, House Jordayne. Unfortunately Robert Jordan had a rare blood disease and died before he could finish. Brandon Sanderson was enlisted and wrote the final three books. 14 books in total, they occupy an entire shelf at my house. There is plenty of material for a long running series. There are also many cool weapons and magical items that could be made into replicas. In October we signed a license with Sony (the producer of the series) to produce weapons, armor, jewelry, statues, and angreal (magical items) from the show.

We are pleased to announce the newest product in our line of licensed collectibles from the HBO® series Game of Thrones®. Arya’s Blade will have two versions, one made from damascus steel, one from stainless steel. It was modeled directly on the actual screen used prop from the show, with accurately matched materials and dimensions. The damascus version is a limited edition of 1000 pieces, the stainless is serialized but unlimited. Both will come with a certificate of authenticity and stand with dome. Arya’s Blade will retail for an MSRP of $210 in stainless and $350 in damascus. The stainless we will start accepting preorders on Saturday December 14th at 12:00 Noon Eastern (New York) time for 2nd Quarter 2020 deliveries. Damascus will start accepting preorders 1 hour later. 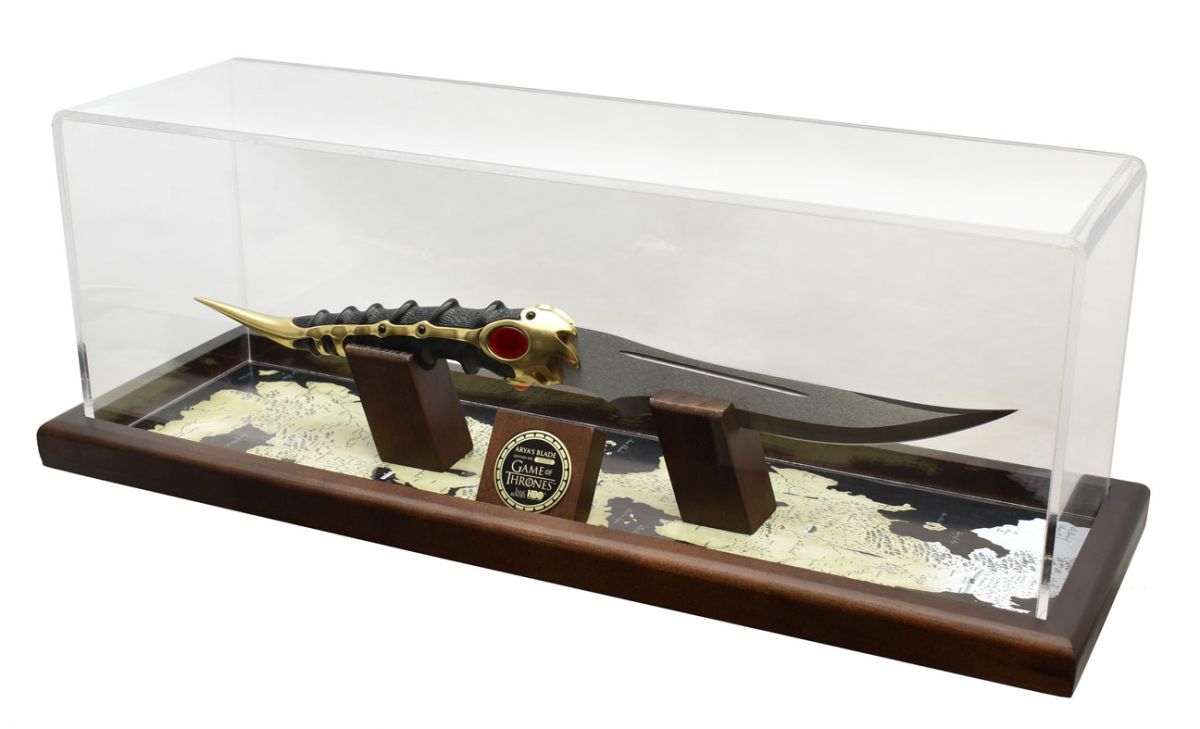